For the 9th day of the expedition, the team went on several dives for a detailed survey of the coral population in Panaon. They had a few things to say on what they saw. 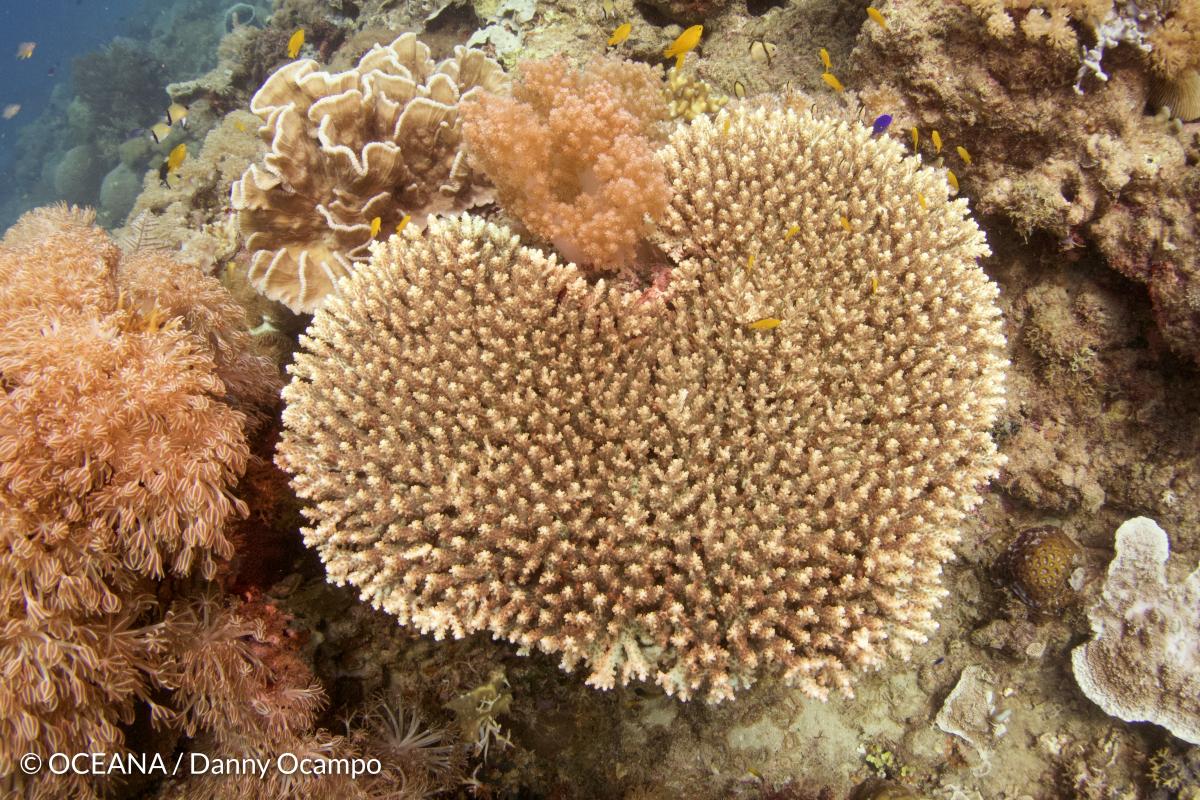 What looks like a love declaration on Valentine’s Day is actually the result of nightly chemical warfare for space on the reef that shaped this Table Coral into a nearly perfect heart. The gap between the soft coral (on top, orange) is where both species are waging their battle for space.

Dr. Vic Ticzon: “We have covered approximately 60 kilometers of Panaon Island coastline and we have never encountered a reef area with at least 30% live hard coral cover. This is really impressive at this scale. Also impressive are the beds of live branching corals which I estimate to be at least 0.5 hectares and table corals some of which exceed 3 meters in diameter.”

Danny Ocampo: “Panaon Island has really good intact corals and rich biodiversity even in the shallows. I really love Manglit MPA (Marine Protected Area) and the wide expanse of foliose corals in the island.” 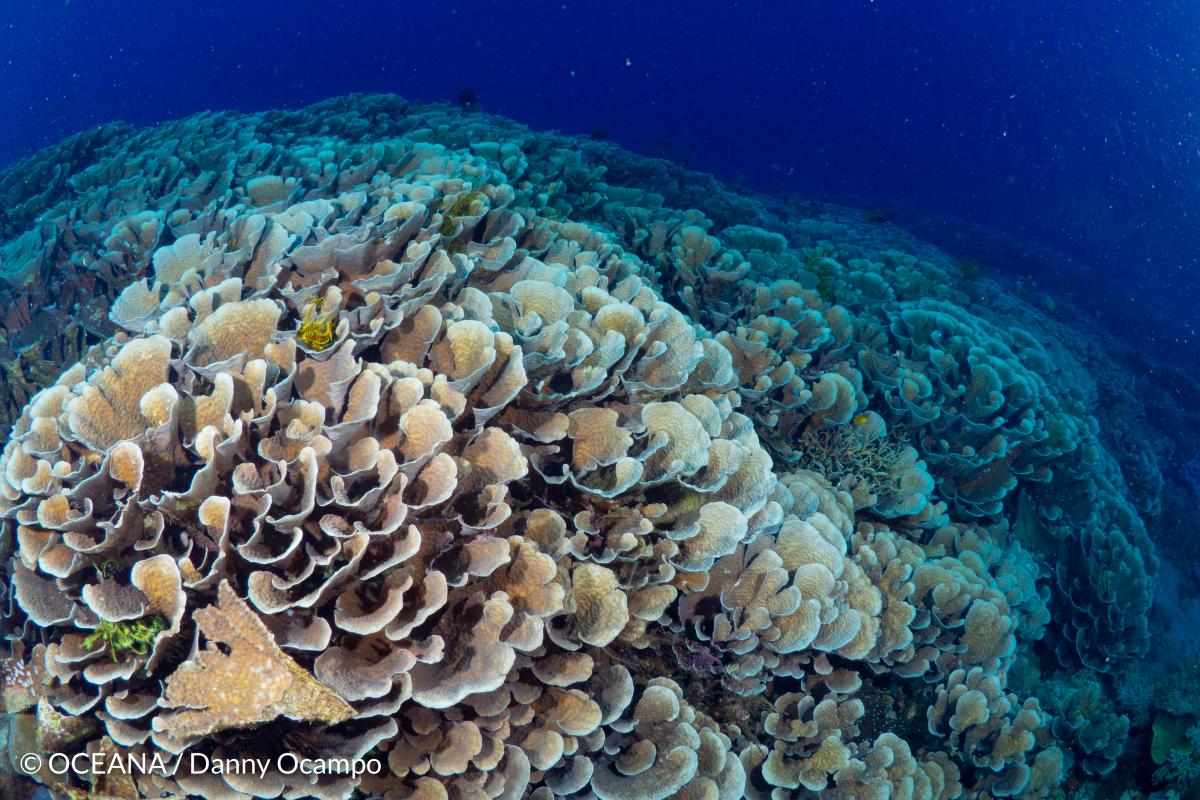 A large coral cover of cabbage and foliose corals from the Echinopora species. Their petal-like structure provides shelter for invertebrate and fish species.

Dr. Badi Samaniego: “I am quite impressed by the extent of the live corals. However, I am quite curious by the lack of large food fish in the sites we have visited so far.”

Homer: “In all my years of diving and marine biological surveys, I never had comparable coral cover anywhere else. It is just refreshing to encounter such scenery underwater. If only there were a greater number of larger fish species, these areas will really be my ‘heaven beneath the waves’.” 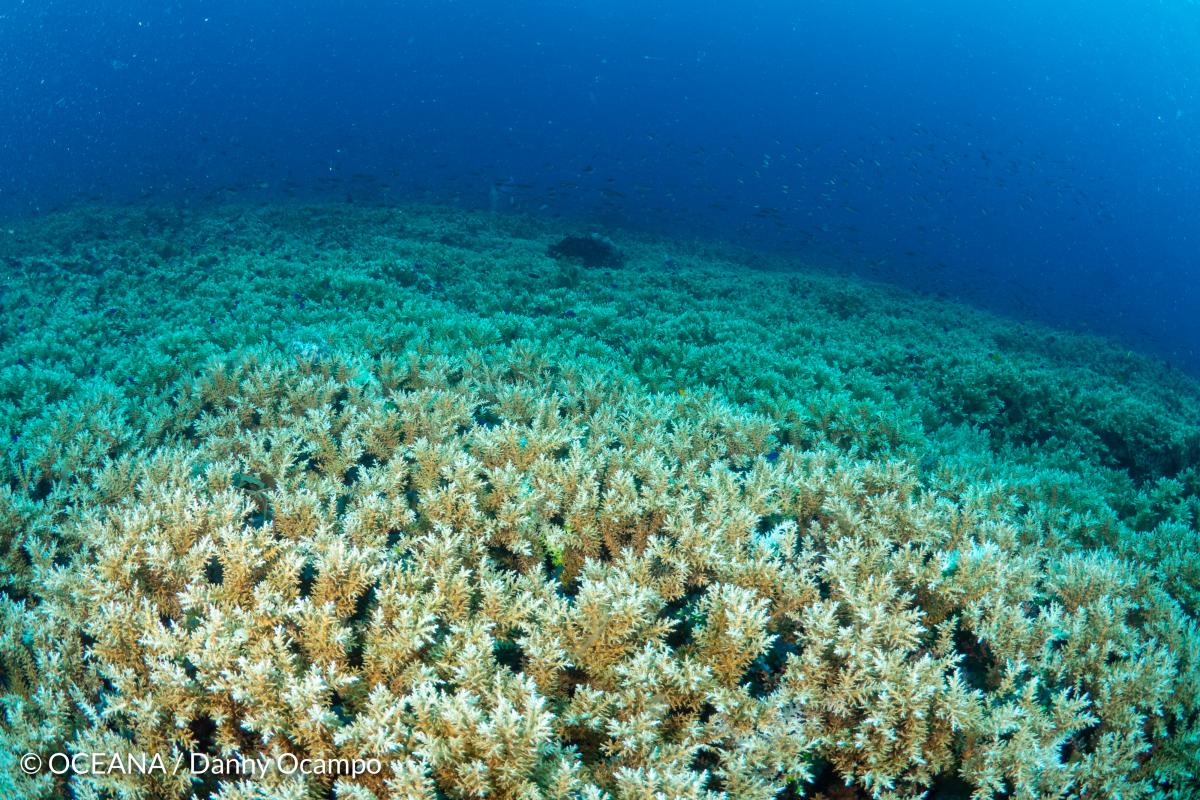 Bottlebrush corals are from the Acropora family of corals and have a stony skeleton. They support a large variety of marine animals and their usual predator is the crown-of-thorns starfish.

Bew: “I am really impressed with the excellent coral cover on most of the sites that we have surveyed. I am also delighted to see different species of corals with different life forms, which I think greatly contributes to the beautiful landscape of the reefs. However, the presence of crown-of-thorns starfish — which prey upon stony coral polyps — were notable on some of the sites.”

Kent: “The rich diversity of hard corals and the variety of habitats we surveyed harbored tons of various colorful coral reef fishes. The Philippine form of Lubbock’s Fairy Wrasse (Cirrhilabrus lubbocki) and the Philippine endemic Twocoat Coralblenny (Ecsenius dilemma) are some of notable reef fishes that we have encountered in this expedition. We were also greeted by a huge school (100 individuals) of barracudas in one station!”