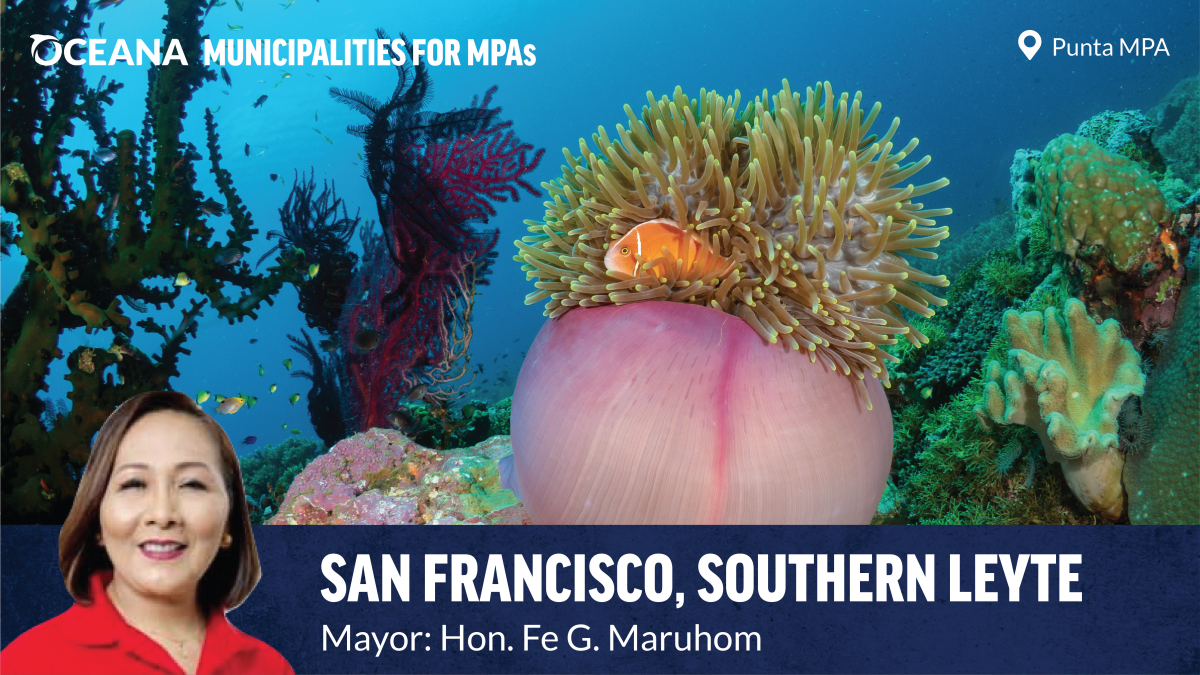 Can you tell us about the Marine Protected Areas (MPAs) in San Francisco? What can be found in these MPAs?

How are the locals involved in protecting the MPAs?

Some locals are members of the MPA Management Committee. However, due to lack of focus, the committee needs to be revitalized, reeducated, and have regular funding support.

What are the efforts of the local government units to ensure that the MPAs remain protected?

The LGU organized a Municipal Fisheries Law Enforcement Team (MFLET) to assist the Philippine National Police and the barangays in the implementation of MPA related laws, rules and regulations. The Municipal LGU also set aside funds for the management, protection, and sustainability of the MPAs.

Can you tell us about your efforts to protect whale sharks?

We are in the process of enacting the Coastal Resource Management Code of San Francisco and one of the policy options included in the legislation is to regulate the harvest of anchovies and planktons, prohibit the use of fine mesh nets, and the protection of the whale sharks.

What are your long-term plans for more MPAs in San Francisco?

We want to establish patches of MPAs instead of creating wide areas that may affect the navigational and fishing activities in the area. We also want to build a “barangay sized” MPA than a “city sized” one. We also want to employ a localization approach to creating MPAs instead of creating an alliance which was proven ineffective and inefficient these days. There is also a need to revitalize, reeducate, re-fund the MPA drivers and the whole community.