Student, workers, friends, and families are continuously making a beeline to this quaint restaurant in Quezon City ever since it opened its doors three years ago.

Located within the Diliman Bonsai Society compound along C.P. Garcia Avenue in Diliman (in front of the UP Institute of Environmental Science and Meteorology building), Gubat Quezon City has been serving Filipino fare served binalot-style (wrapped in banana leaves with a side of pako, salted egg and tomato) at prices that are very easy on the pocket. 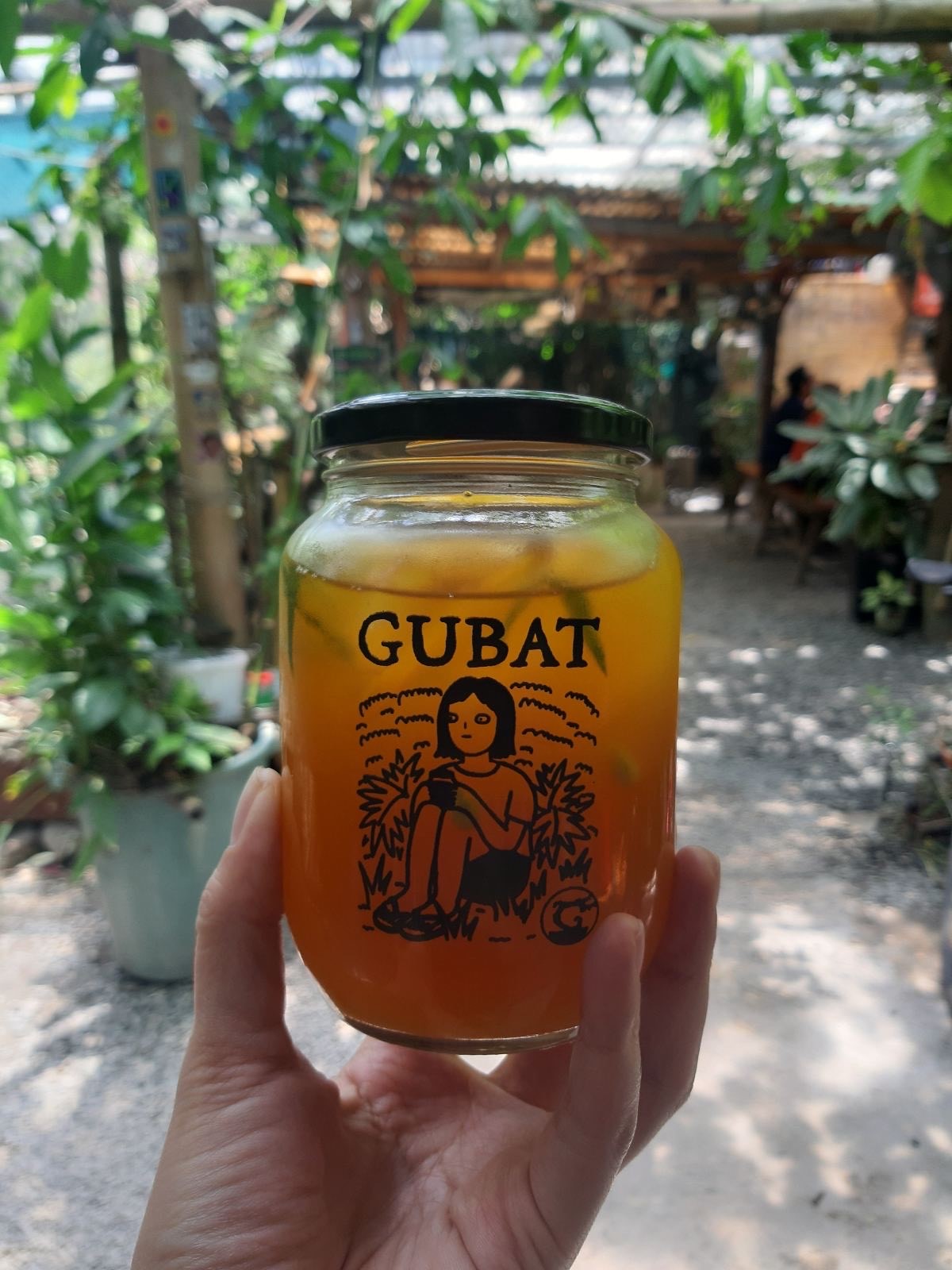 But beyond its looks and delectable offerings, Gubat is a pioneer advocate for zero-waste and plastic-free business operation.

Co-owner and proprietor Cereb Gregorio said when the Gubat QC partners were thinking of a concept “about bringing Kusina Luntian to Manila, naisip rin namin na one of the perennial problems that we have here is plastic…the management of plastic waste. Naisip namin, kailangan din i-adopt ‘yung kamayan-only policy para makatulong din sa efforts to reduce plastic use.” 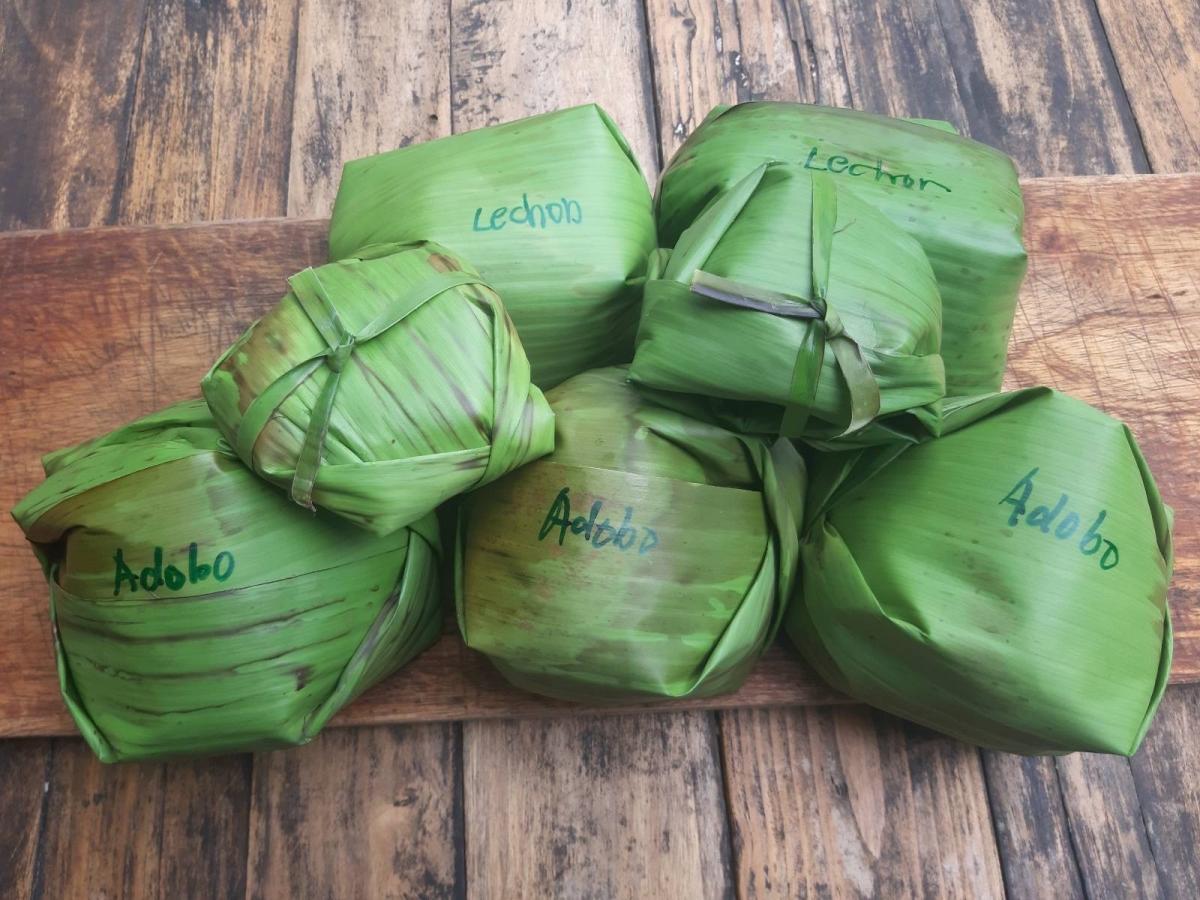 If you’re interested to eat at Gubat QC, please know that they do not provide spoon and fork to their customers. “We encountered customers who were resistant to the concept of kamayan-style eating and no plastic packaging that will be provided for leftovers. This is perfectly understandable. But they eventually understood what we’re doing after we explained our effort to limit our waste. I guess it just really takes getting used to, kasi bumabalik naman sila. Yung mga nagrereklamo ng una, bumabalik din naman sila afterwards. Tapos natuto na silang magdala ng sarili nilang kubyertos at ng sariling lalagyan para sa tira. In our short run, there are customers that can see the value of what we’re trying to do and help us out with the advocacy. Kahit maliit lang, kahit konti lang sila, okay na po sa amin ‘yun,” said Gregorio.

“Down the line, we’re thinking of offering incentives to customers who try their best to adhere to our cause na hindi na sila gagamit ng plastics or kung magdadala sila ng sarili nilang packaging or their own spoon and fork,” she added. 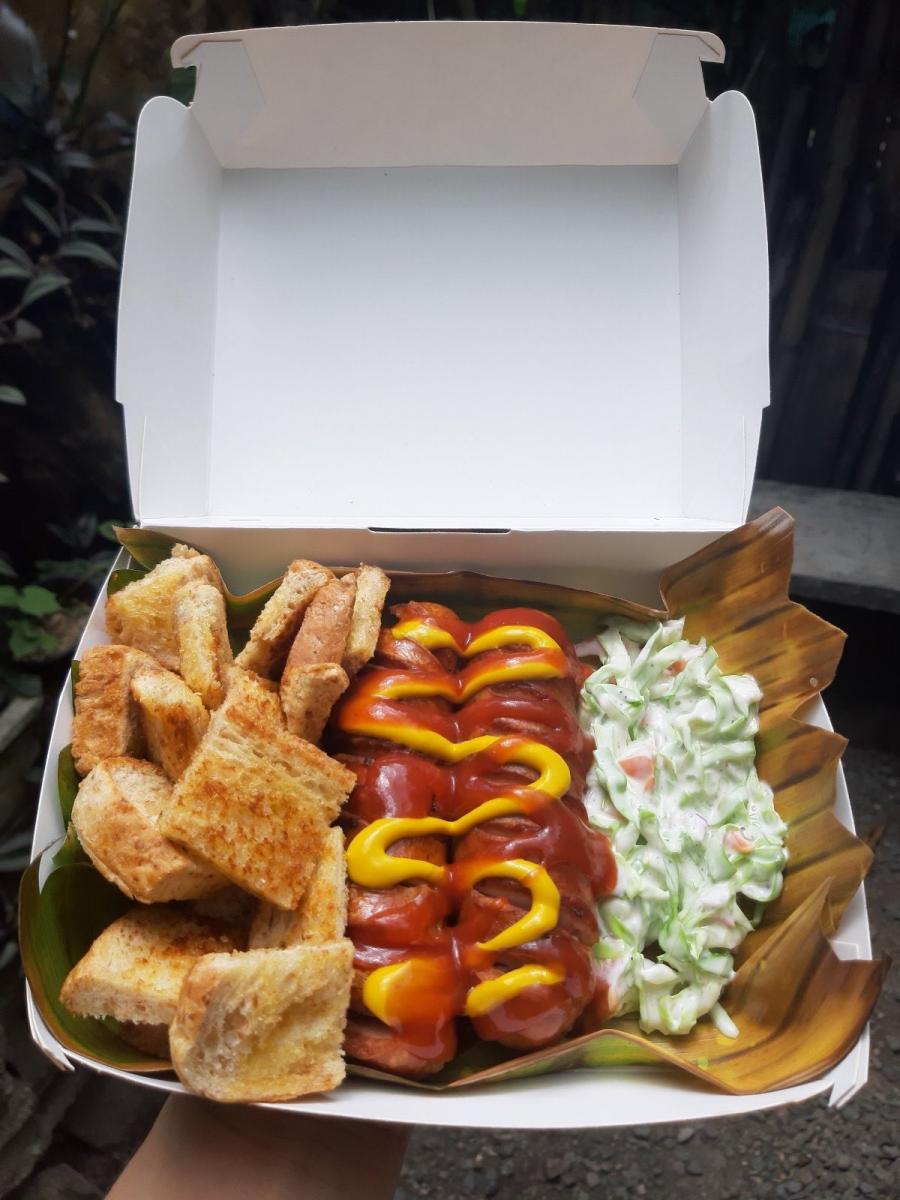 The COVID-19 pandemic has also tested this three-year-old restaurant. “We had to shift our operations from primarily dine-in to accommodate pick-up and delivery. One of the challenges that we encountered is trying to think of packaging that would still be environmentally friendly but also spill-proof. Kaya ang napag-isipan naming gamitin ang cardboard boxes at dahon ng saging na ginagawa rin naming plato. Babalutin muna ang pagkain sa dahon ng saging para ma-contain ‘yung moisture then saka namin ipinapaloob sa cardboard box. We also do not offer plastic utensils and we make sure the customers know that,” explained Gregorio.

She also says Filipinos are very receptive to the zero-waste lifestyle. “Kailangan lang maintindihan at ma-realize nila kung bakit dapat gawin. Like now, we have zero waste stores.  You bring your own container. Pwede kang bumili ng toyo, suka, mantika tapos ilalagay na lang sa lalagyan na dala-dala ng customer. It’s taking root now and if it’s something that we can keep up for the next few years, then maybe it can change certain habits with regards to plastic use,” she explained.

“The challenge right now is in building habits. We know it will be a slow and uphill battle, but it is something that we can win. We just have to be patient and one way to do this is to disseminate information so people will understand why they have to do certain things. Right now, they are used to the convenience offered by plastics. So how do we shift away from that?” Gregorio emphasized.

Gubat QC is one of the partners of marine conservation group Oceana for its campaign to ban single-use plastics. Oceana supports enterprises that provide plastic-free goods and services to its customers. It pushes for reduction of plastic pollution at the source through the performance by the National Solid Waste Management Commission of its mandate to ban the production, trade and use of items considered as non-environmentally acceptable such as single-use plastics. It has failed to do so since 2002.

Gregorio shared that, “(Oceana plastics campaign lead) Mae Chatto is a long-time customer. She talked to me about a partnership because she felt that we were both advocating for something similar. We felt like it would be fruitful to tie up, kasi pareho naman ang ating ipinaglalaban.”

Gregorio explained her stand of regulating the use of single-use plastic rather than totally banning it from the market. “I fully support the efforts to reduce or to restrict single-use plastics, but we must also understand that we cannot entirely ban its use until we come up with alternatives for plastic packaging. It is difficult to compel enterprises not to use or produce plastic products is one thing…but not at the cost of people’s jobs. I think restricting (plastic use) at this point is the best way to go over banning it completely.”

The restaurant owner pointed out that the lynchpin to the plastic-free lifestyle is cooperation. “If more people collaborate and push for more change and take up the initiative then maybe the government will listen more and do their share,” Gregorio said.